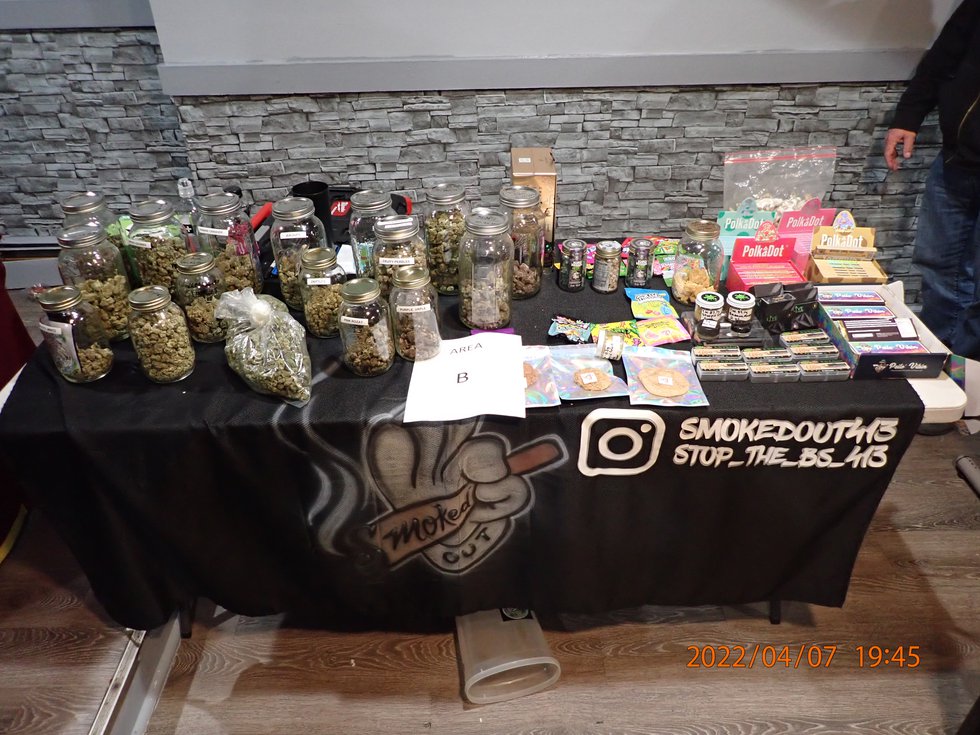 Hartford police conducted a months long investigation into Hot Mamma’s restaurant at 451 Franklin Avenue. While the business advertises itself as a food establishment police found a large-scale drug business inside the building after receiving a warrant to search the premises. Photos show what police describe as a “shopping mall” for drugs with multiple tables offering marijuana, fentanyl, cocaine and other drugs.

According to Lieutenant Commander Anthony Pia 145 pounds of marijuana were seized, the largest amount in Hartford police history. Police say that while the business posed as a restaurant it would charge customers a cover fee to interact with the secret underground drug market. As much as $30,000 in cash was also found along with multiple firearms.

Multiple agencies assisted Hartford police in the investigation including the FBI, Connecticut State Police, and Department of Revenue Services. Eight individuals were arrested as a result of the investigation.