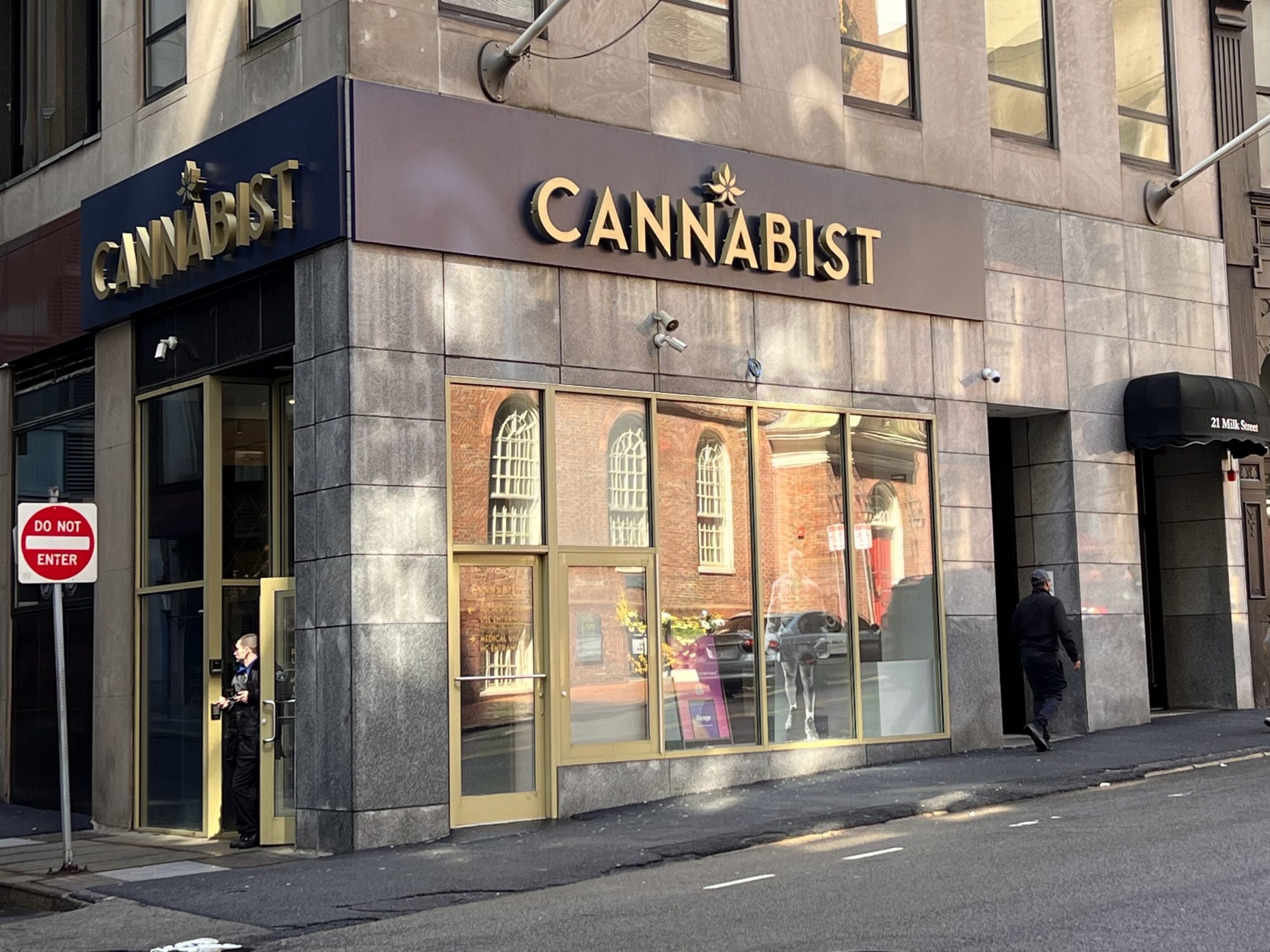 Cannabist, also known as Patriot Care Corp, recently asked the Boston Cannabis Board to consider approving changes to their license. The dispensary located at 21 Milk Street in Downtown Boston first opened for medical marijuana sales in 2016. Originally the company promised to not pursue a recreational cannabis license at Milk Street but had a change of heart shortly after legalization passed. Neighbors and members of the Downtown Boston Business Improvement District (BID) agreed to support Patriot Care’s application with conditions that prevent the sale of prerolls and requires a $35 minimum purchase.

After opening their doors to recreational consumers in August of 2021 Cannabist has returned to ask the Boston Cannabis Board to remove the preroll and minimum order conditions. The company is also asking for a change in operating hours that would allow the business to close at 8pm each day instead of 7pm. The Board heard from Ashley Allen, vice president of government affairs at Columbia Care, who described the steps the company has taken to increase security to deter individuals from engaging in public consumption of cannabis in Downtown Boston. Ashley also pointed to data indicating that purchases under $35 account for roughly 24% of all transactions across all Cannabist locations.

During the public comment period of the hearing there was no opposition to the change in operating hours. Reginald Stanfield, CEO of Justincredible Cultivation, shared his support for eliminating the preroll and minimum purchase conditions. As a black owned cannabis cultivation facility Reginald explained how these conditions have a negative impact on his ability to wholesale his popular and affordable prerolls to Cannabist. A number of individuals asked the board to keep the preroll and minimum purchase conditions in place. Rosemarie Boardman from BID pointed to the demand information presented by the company and described it as a compelling argument for keeping the ban in place because of the extreme popularity of prerolled products. The Boston Cannabis Board is now taking the matter under advisement.

Find the link to the Boston Cannabis Board hearing on YouTube here: https://www.youtube.com/watch?v=vlc7CDRSWNQ