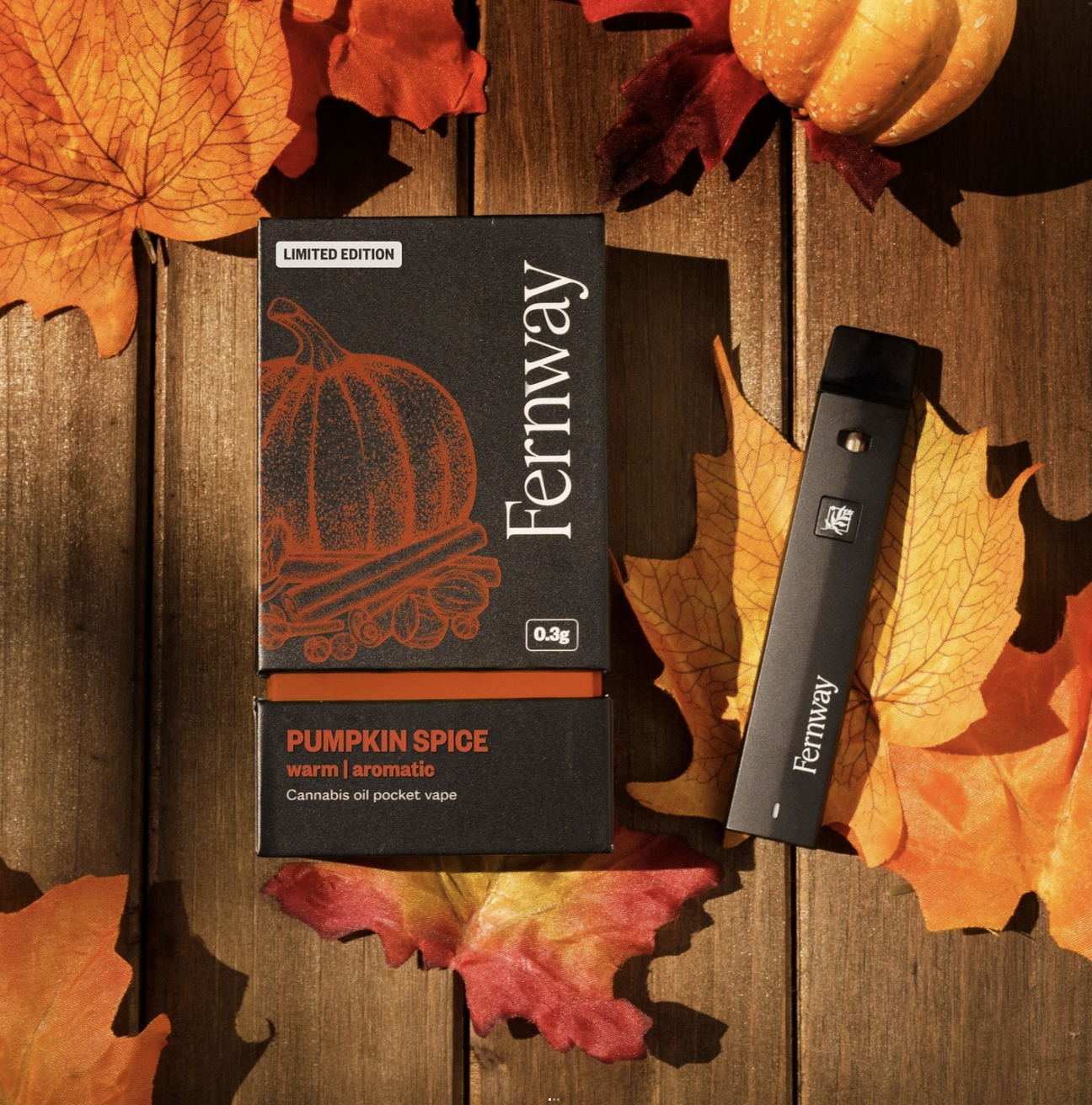 The Fernway cannabis vape company in Massachusetts has announced a new flavor that is perfectly appropriate for the fall season. Fernway is releasing a new pumpkin spice version of their popular cannabis vape. Fernway says that they are launching the new vape on October 6th and celebrating with a special launch party event happening the next night at Fort Hill Brewery in Easthampton. The event is described as a party that you don’t want to miss that will take place between 4pm and 8pm, is free to attend, but you must be at least 21 years old to enter. Fernway is based in Northampton and has become a popular cannabis vape brand in Massachusetts since their launch in February 2021.