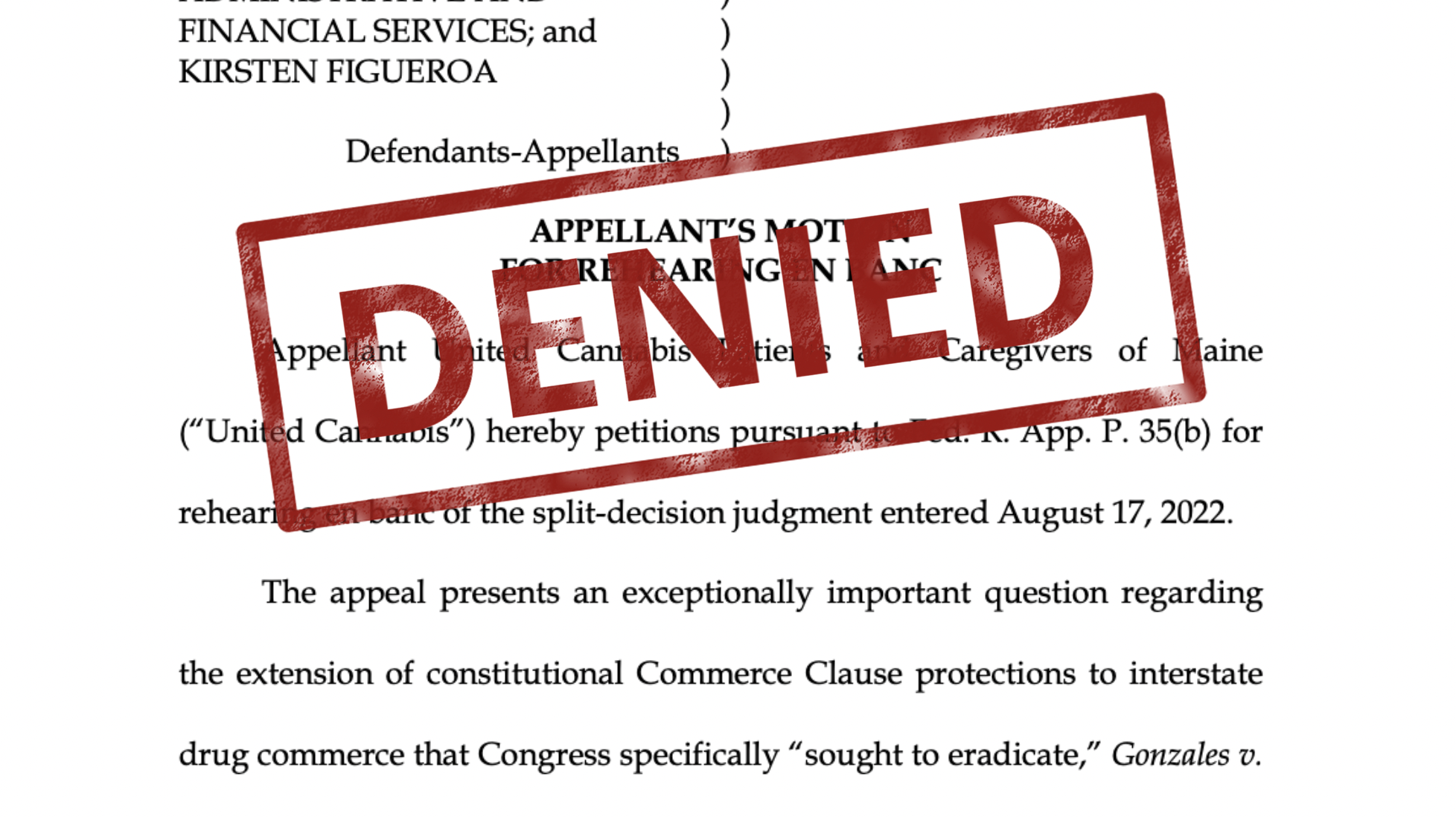 Earlier this month we told you that United Cannabis Patients and Caregivers of Maine petitioned the First-circuit court of Appeals to overturn the recent ruling that called Maine’s residency requirement for medical cannabis businesses unconstitutional. Less than a month after the petition was filed the First-Circuit Court of Appeals has responded, ordering that the petition be denied. The original panel of judges who decided the case opted not to revisit this issue and a majority of judges in the First-Circuit also did not move to revisit the case.

The August ruling that struck down Maine’s residency requirement for medical marijuana businesses was determined by a 2-1 vote. The court ruled that the residency requirement was a violation of the United States dormant commerce clause. United Cannabis Patients and Caregivers of Maine asked the court to consider revisiting the case arguing that applying the dormant Commerce Clause to protect a federally illegal marijuana market was an error. This case has set precedent, being one of the first cases to strike down a residency requirement in the cannabis industry because due to unconstitutionality.

Find out more by reading the order denying the hearing en banc here: